The 2021 Milton Garden Club High School Scholarship in memory of Herbert H. Flickinger was awarded to Evan Short of Laurel High School.  Evan will be attending Clemson University where he intends to major in Agribusiness.  As an eight-year-old, Evan’s grandfather helped him build a small produce stand and Little Evan’s Produce was born.  In his short time in farming, Evan has learned that farming is full of challenges and is a thankless business that not many people want to do anymore.  Evan is the future of farming and hopes to keep agriculture alive in Delaware. 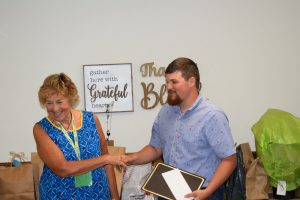 The 2021 Milton Garden Club Post-Secondary Scholarship recipient is Austin Dill of Ellendale a rising senior at the University of Delaware majoring in Landscape Architecture and Wildlife Conservation.  In addition to his studies, Austin is a Teaching Assistant for the Herbaceous Landscape Plants class and is currently the UD Co-President of the PHS Flower Show and the Grant Project Manager of the Students for the Environment.   He also volunteers for the Delaware Center for the Inland Bays.  Austin hopes to make the planet a better place for all of its inhabitants. 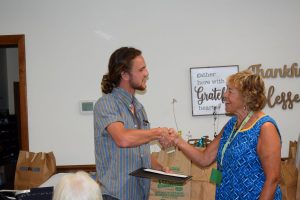